I was at my parents house this weekend. Since they were clearing out of a lot of old junk, I spent some fun hours looking at my charmingly inept early attempts at illustrated fiction (more on this later!).

Anyway, in amongst the junk, look what I found! The motherload of DOS-era games on low-density 5¼ floppy disks! 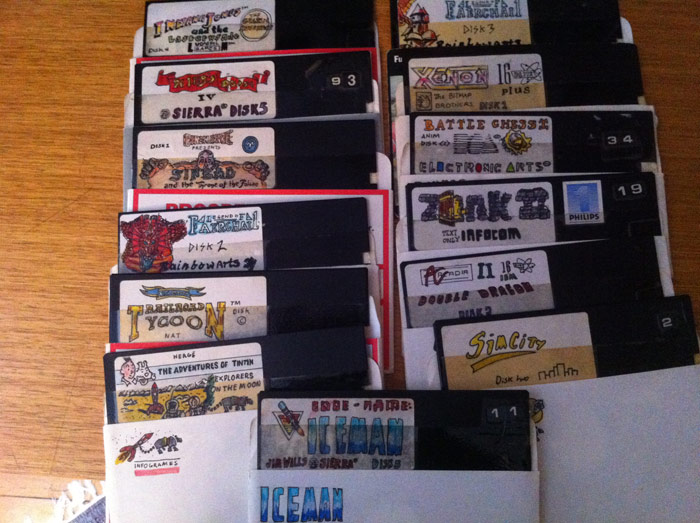 Yes, I used to make custom labels for all my backups. I’m guessing I was about 13 years old when I made these.


If you’re too young to remember floppy disks that were actually floppy, one of their most unappealing traits was that they tended to be pretty unreliable. Back when DOS games came on a set of 8 or 9 disks, it wasn’t unheard of that at least one wouldn’t work out of the box (usually disk 8 or 9, near the end of the game...). Software manuals routinely advised you to make backups of your disks before you started to use them, advice I evidently took pretty seriously. (In the late 1980s and early 1990s, PC games probably cost not much less than they do now, which when you adjust for inflation, makes this advice doubly-sound.) 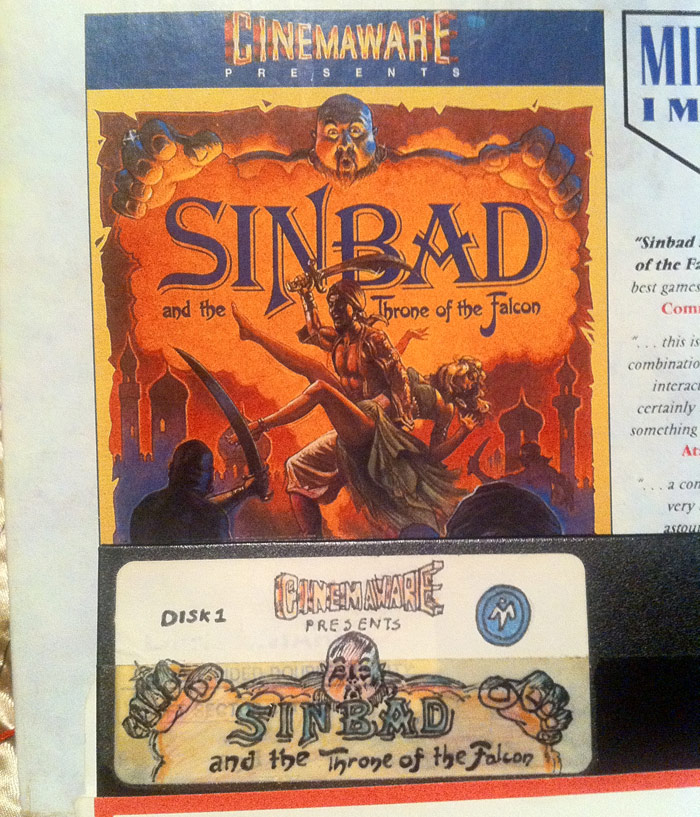 Cinemaware make some really amazing games (their most famous release, Defender of the Crown, was recently ported to iOS)


When I look at how incredibly bland the branding on the retail disks tended to be, I’m not particularly surpised I made all the effort with the felt-tip pens: 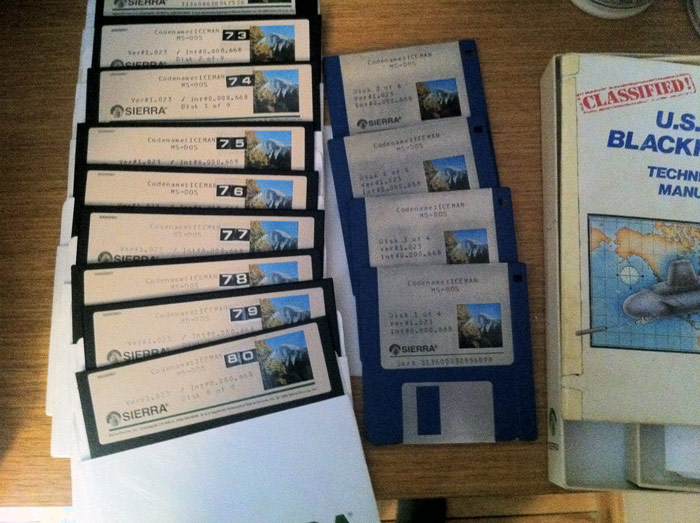 The disks included with Sierra’s Codename: ICEMAN (i), complete with a well-worn copy of the USS Blackhawk instruction manual. One of those games where you really needed a pimped out PC with dual floppy drives.


It’s fun to remember that in the pre-CD/DVD era, the oversize cardboard boxes games came in were actually put to good use. Many had a full set of both 5¼ and 3½ inch disks carefully packed inside, alongside a collection of assorted manuals and maps. It was quite a squeeze getting them to fit back in!


Anyway, I’m actually quite relieved to be reminded that it’s not a new development:
I’ve always had quite an obsessive personality...(ii) :)


Views expressed in this post are the author’s own and do not necessarily reflect the views of All-Seeing Interactive Ltd (though the author thinks these games are awesome!) Images used in this post are copyright their respective owners. If you are the rights owner for one of these games and object to its use here, please let me know and I'll take it down. I apologise in advance to those artists whose work so inspired a young teenager. :)