If you’re anything like me, you hate moving web hosting, especially if you have several sites to move. I switched this site over to Slicehost a year and a half ago, and I’ve been very happy with them. I’m terrible at getting painful chores out the way, so I put off closing my old shared hosting account on Textdrive because there were a fair number of sites (and worse, IMAP email) that needed moving. Now that it’s coming up for renewal again, I figured if I don’t move the sites on it now, I probably never will.

One of the sites that needed moving was for some software I wrote some years ago (lifetimes ago in internet time) called Shared Space. Having already spent an inordinate amount of time migrating a friend’s blog to a newer version of Movable Type last week (and an even longer amount of time moving my brother’s email account), I decided not to bother trying to get PHP code I wrote 8 years ago running on this server. 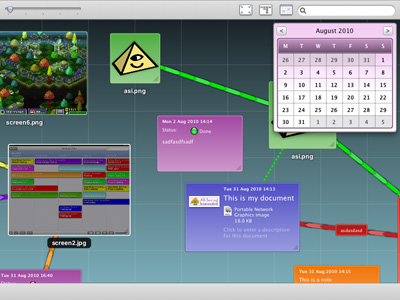 I considered just taking the website down and letting the domain expire, but I suppose of all the many, many spare-time projects I’ve abandoned over the years, the perennially-beta Shared Space still has a weird kind of hold over me. Plus, it’s a cool domain name to have, so I might as well use it for something.

So, I’ve created a new single-page website about Shared Space at shared-space.net. The curious can download the last released version (circa April 2003), watch a video of the never-released Shared Space 3.0 (shown above, from 2008), and learn about where ASIHTTPRequest originally came from.